After more than two years of debate between city officials and residents, officials in Chattanooga now can begin enforcing rules concerning animal permits.

Before the meeting, Animal Control Board Chairman Mike Mallen said the ordinance was first held up last summer by a controversial section to allow urban chickens proposed by Councilman Chris Anderson. After the section was scrapped, more delays came, he said.

"The ordinance has been up for consideration three or more times only to be pushed back into reconsideration based on either poultry or politics," Mallen said.

With the ordinance passed, the animal board will be able to start functioning as it should -- as a regulatory board.

"The good news is, we get to turn our attention to becoming a hearing body, and actually, I hope, making a difference for public health, safety and welfare," Mallen said.

But Mallen said the board was working to make the rules palatable to the very end.

Nearly two weeks ago, the board met with a group of breeders who were concerned about some definitions.

After hearing concerns from dog enthusiasts, the board decided to exempt hobby breeders -- those who breed two or fewer litters a year -- and "companion animal" events, such as agility contests, from requiring permits.

But Sandra Weigle, a member of the Chattanooga Kennel Club, said some of the rules still need work. The hobby breeders definition favors large-breed dog owners, she said.

"If you have a small dog, a litter could be two puppies. If you have a Labrador, golden retriever or something like that, two litters could be 26 puppies," Weigle said.

But by and large, Weigle said, the rules as written will work for now.

"I think they were cooperative to an extent, but didn't come through with quite everything they said they would," she said.

Gilbert said after the meeting he voted no because he felt the ordinance needed more teeth to use against residents who are illegally breeding dogs.

Henderson said after the meeting he felt the ordinance could hinder economic development by making the city appear to to be unfriendly toward pets and pet owners. 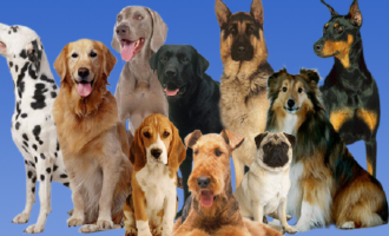